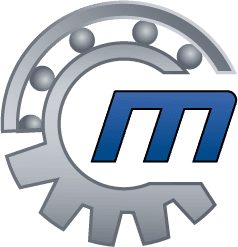 Machine Saver is a Veteran owned technology and manufacturing company based in Houston, TX USA

We invent, develop, and mass produce:

We work diligently to get the job done. We aren’t finished until our customers’ have full trust in us and achieve full satisfaction

We strive to communicate what we can and cannot do so that customers have clear expectations of what we can achieve together.

Don Bently created what we know to be the vibration monitoring industry in the 1960’s when he wanted to create a scientific way to measure bearing wear down in industrial machines. He meticulously made it his duty to approach reliability professionals in plants till he found a way to measure and predict when machines would inevitably fail. Our industry was founded on solving a long tenured problem that had been present since the dawn of the industrial revolution: “How can we predict when this asset will fail?”

Our founder, Quentin Bach, had been involved with the Vibration World since he graduated from Texas A&M in 1983. Quentin was always looking for new creative ways to solve customers’ problems. It was with this in mind when he looked at an industry dominated by Don Bently’s company that turned away from hardware innovation. He saw an industry once invigorated with creativity now turned overpriced and instead saying: “Well. We have always done it this way.”

Now after years of proven results and extreme customer satisfaction, we have been one of the fastest growing vibration companies in the world. Our transparent goal setting and extreme focus on customer service has brought us hundreds of customers and thousands of shipped products that spans the globe.

Kinder Morgan, headquartered in Houston, Texas, is North America’s largest energy infrastructure company. The company either operates or owns an interest in an estimated 84,000 miles of pipelines, and owns about 180 terminals. These pipelines transport gasoline, crude oil, carbon dioxide, and more. The terminals store and handle petroleum products, chemicals, and other products. Kinder Morgan also has approximately 70,000 miles of natural gas pipelines, and moves 40 percent of the natural gas consumed in the US. As of 2016, 12,000 people were employed by Kinder Morgan throughout North America.

Kinder Morgan was using a 1000 HP Siemens motor with journal bearings. TriVibe sensors were mounted on top of the bearings. There were two bearings in total (one inboard and one
outboard). During the startup process, vibration was spiking regularly, and further
examination showed that the shaft was hitting the bearing. This was caused because

of improper alignment. TriVibe detected the shaft bumping and damaging the bearing, alignment was corrected – and damage to the bearing was prevented.

Because Machine Saver caught the malfunction very early, there was no damage to the bearing. Prior to Kinder Morgan’s implementation of our technology, there was no monitoring program of any type. Had no sensors been on the machine, damage to the drive-end bearing would have resulted in catastrophic failure, along with lost possible production time and product. Kinder Morgan ended up outfitting their compressor barn with TriVibes.

Additionally, Kinder Morgan management was very impressed with our capabilities. Two high-level managers are recommending that additional Machine Saver systems be specified on all new compressor packages. Particularly, they are impressed by the superior sensitivity of our accelerometers. Even though a journal bearing requires proximity probes for reliability monitoring, the TriVibe was able to detect the bearing impacts because of the unique sensitivity. In fact, Machine Saver technology provides an output of ten times greater than a traditional 100mV per G industrial accelerometer.

Conoco Inc. was an American oil company founded in 1875 as the Continental Oil and Transportation Company. It is now a brand of gasoline and service stations in the United States, and now belongs to Phillips 66 following the spin-off of ConocoPhillips's downstream assets in May 2012. ConocoPhillips is the world’s largest independent E&P company based on production and proved reserves.

Machine Saver’s TriVibe units were installed on numerous chillers, pumps, motors, and cooling towers in the Houston, Texas area. Conoco’s use of Machine Saver’s sensors has been vital to their reliability program, as many potentially catastrophic problems have been caught by our technology within a three year span. Prior to Conoco purchasing our products, no maintenance routine was in use (ie. no handheld/portable systems, walkaround routines, etc.)

For example, a cluster of sensors detected a problem on one particular motor, which was then replaced under warranty by the motor manufacturer. Without the system, the motor issue would have gone undetected and forced Conoco to replace the motor without warranty assistance.

In a separate case, a pump problem was detected by a TriVibe. In this instance, a structural resonant issue was found, and maintenance personnel were first alerted to the problem via our email and text alerts. Had it not been detected, damage over time would have occurred, and the outcome on production time and product cost

would have been catastrophic. Diagnosing the resonant issue was quick and easy because of the dynamic and trending capabilities of sensor capabilities and online WebPortal system. The problem was corrected by adjusting the VFD (variable frequency drive) and stiffening the piping structure. Again, the pump was replaced under warranty – and lost production and product cost was able

EVAPCO, Inc. is an industry leading manufacturing company with global resources and solutions for worldwide heat transfer applications. They are renown for designing and manufacturing the highest quality products for the evaporative cooling and industrial refrigeration markets around the globe.

EVAPCO, Inc. clients are supported through our manufacturing facilities and sales offices strategically located around the world. Headquartered in Taneytown, Maryland, EVAPCO products are engineered and manufactured in 23 locations in ten countries and supplied through a sales network of more than 170 offices. Founded in 1976, EVAPCO’s mission is to provide first class service and quality products in commercial HVAC, Industrial Processes, Power, and Industrial Refrigeration.

These fans were destroying themselves over time, and the company was desperate to find a solution. Eventually, continued operation at or near system natural frequencies would have resulted in structural cracking or sudden structural failure. With Machine Saver’s WebPortal online monitoring system, we provided ample information to make a recommendation and